Friday marked a series of new riots in America. These social demonstrators gathered in various cities across the country, marking a fourth night of violence and destruction. Over the course of this week, rioters have taken it upon themselves to burn buildings, destroy property, and loot businesses. 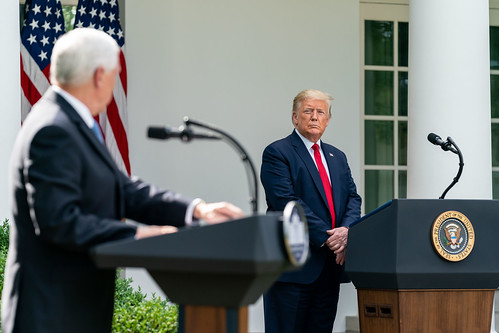 As protesters headed in the direction of the White House yesterday evening, authorities quickly shut it down. Videos that surfaced online yesterday also showed demonstrators trying to break down barriers and enter federal buildings near the White House.

The protest then headed to in front of the White House. A protester was taken by the USSS in front of Pennsylvania Ave into an adjacent federal building. Unclear what he did.A couple men then splintered off from the group and spray painted “F*ck Trump” on the building. @cbsnews pic.twitter.com/OVwPu0PF6X

Riots in D.C. moreover involved rioters clashing with Secret Service and other members of law enforcement. The destruction and breaches of physical barricades forced Secret Service to act for the sake of shielding the White House and people inside of it. Reports have also indicated that President Trump was likely inside of the White House during the riots and subsequent lockdown.

The Secret Service is pushing back protesters outside of the White House after demonstrators broke barricades.

The White House is on lockdown as press is being told to stay inside. pic.twitter.com/0p27MRnVUd

The shutdown of the White House lasted until roughly 8:30 PM EST. In spite of this, however, protests still remained ongoing in the city. Demonstrators were seen throughout Pennsylvania Avenue and on the premises of the U.S. Capitol.
Over the course of this week, left-leaning protesters have expressed anger and outrage towards the president; this comes in addition to unrest regarding the death of George Floyd. As riots continue to get increasingly more dangerous and violent, Democrats persist in encouraging and justifying this type of behavior.
What do you think about the riots in Washington D.C. last night? Are you surprised that the White House went on lockdown? Let us know your thoughts in the comments section below!