Yesterday, Joe Biden announced his decision to pick California Sen. Kamala Harris as his running mate. Since this announcement, the internet has exploded; Americans on all different parts of the political spectrum are weighing in with their thoughts.

Some are all for the California Democrat running with Biden; others believe that Harris will ultimately hurt the former vice president’s chances of making Trump a one-term president. 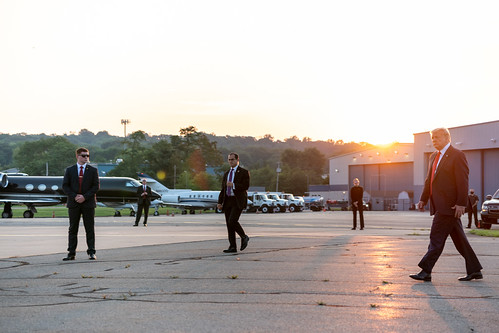 With Harris officially on the ticket as Biden’s running mate, this means she will have one debate against Vice President Mike Pence.

Washington Examiner confirms that Pence is excited and looking forward to going toe-to-toe against Harris in the vice-presidential debate this October.

What to Know About the Upcoming Pence-Harris Debate

A new Trump ad asserts that Biden himself is merely a “transition candidate” handing over the reins of power to Harris. Already, speculations are afoot that mere months of a Biden presidency would pass before he was deemed mentally unfit; by default, this would leave Harris to assume the position as president of the United States.

Vice President Pence weighed in on Biden’s running mate pick yesterday. The vice president stated that Biden’s decision is “no surprise.” Pence then noted the Democrat Party’s full-blown support for radical left policies; some of these policies include a Green New Deal, sky-high taxes, and a borderless America.

The vice president then congratulated and welcomed Harris to the 2020 race; shortly thereafter, Pence stated that he’ll see the California senator in Salt Lake City, Utah for the debate on October 7.

Biden’s choice of the California Democrat as his running mate arrives after months of speculation. Many Americans did, in fact, predict that the vice president would select Harris.

Trump thinks this country belongs to him. But @JoeBiden knows it belongs to all of us. To the people.

We can't do this without you—can you chip in today?https://t.co/xeixljBgE2

Harris’ selection furthermore arrives after certain Democrats urged Biden to choose an African-American woman as his running mate. Back in March, the former vice president vowed to choose a female running mate; yet, he stopped short of committing to a black woman.

Thus far, Harris has not responded to Pence’s remarks regarding their upcoming vice-presidential debate.

Are you looking forward to Vice President Mike Pence and Sen. Kamala Harris debating one another in October? Let us know in the comments section below!