Since the middle of the summer, Kenosha has gained national attention and more than captivated the spotlight.

Following the police shooting of Jacob Blake, various riots broke out in Kenosha. Buildings were set on fire while demonstrators also robbed small businesses, incinerated cars, attacked police officers, and more. As time passed, Americans learned that Blake’s shooting happened after he reached to pull a knife on police officers. 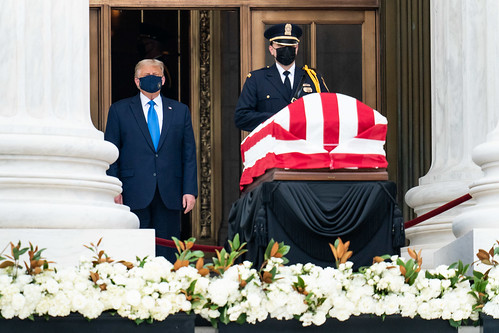 Kenosha riots greatly contributed to the decline of public support for Black Lives Matter. Furthermore, Americans across the nation are beginning to see that a very real war against police officers is being waged by the political left.

Now, Breitbart News reports confirm that David Beth, the sheriff of Kenosha County, has just endorsed President Trump for a second term in the White House.

What to Know About the Most Recent Trump 2020 Endorsement

Kenosha, Wisconsin, we’re with you all the way! pic.twitter.com/Xs49PEu4AP

Before affirming his endorsement for Trump’s re-election, Beth also lauded the president for coming to Kenosha with critical resources and assurance that the federal government will assist Kenosha in any way necessary.

As such, Beth maintains that while he doesn’t always agree with President Trump’s tweets or comments, he remains supportive of four more years.

Law and Order in America

The law enforcement community continues to rally behind President Trump during his run for re-election. As a matter of fact, the riots, outbreaks of violence, and other antics carried out by extreme leftists have only paved a way for Trump to affirm his seriousness about law and order.

At a time where many police officers are under attack, the 45th president’s support of the law enforcement community comes much appreciated. It also arrives during a period where the demand for law enforcement is high.

Contrary to talking points from congressional Democrats and Black Lives Matter, police are paramount; there is a direct and undebatable link between defunding the police and seeing crime increase.

What did you think about the endorsement from the Kenosha County sheriff? Be sure to share your thoughts with us down in the comments section below!