Multiple polls have shown Joe Biden leading President Trump in various states. These polls, of course, are regularly plastered across mainstream media headlines to make the case that Trump is losing the 2020 presidential election.
Conservatives, however, are challenging the assertion that polls in favor of Biden are indicative of what’s to come in November. During the 2016 presidential election cycle, countless polls claimed that Trump would lose to Clinton; however, this is not what happened. 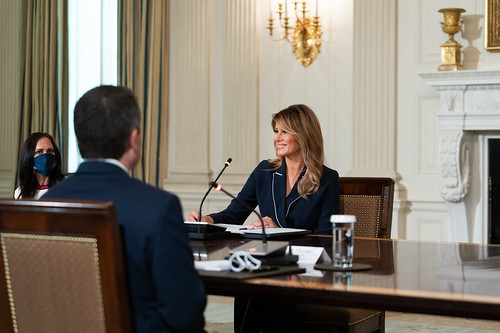 At this time, the Trump campaign is challenging assertions that Biden is winning against the president in Texas. In fact, Washington Examiner reports the Trump re-election campaign’s outright invitation for the Biden campaign to “play” in Texas.

The Texas Showdown: Trump vs. Biden

When speaking with the press on Friday, Trump campaign manager Bill Stepien made clear that the campaign has no worries about duking it out with Biden. Stepien stated that Biden and his team are more than welcome to make their play in Texas.
https://twitter.com/TeamTrump/status/1286645761736876032
The Trump campaign manager didn’t stop there, however. During follow-up statements, Stepien stated that Biden should hold nothing back and “go after Texas really, really heavily” by pouring money into major Texas cities.
It’s important to note that Texas remains one of the reddest states in the nation. 1976 marks the most recent year that the state voted for a Democrat president.

Response from the Biden Campaign

Biden has chosen to get out of his basement, as of late, and campaign in person with voters. However, the former vice president continues to dodge questions from the press, prompting questions about his cognitive health.

Our nation is at a crossroads. We can choose four more years of Donald Trump’s divisive politics and failed leadership — or we can forge a new path forward. pic.twitter.com/CHbtVP8IaV

Aside from leaving his basement, Biden has continued with ongoing attacks against President Trump. The former vice president’s talking points comprise reactions to coronavirus, criticism of Trump’s rhetoric, and claims that America “can’t afford” a second term of Trump in office.
While Biden brands Trump as a problem, he brands himself as the solution. The former vice president has also put forth a series of policies that are exceptionally radical; furthermore, hardcore progressives like Bernie Sanders, Elizabeth Warren, and Alexandria Ocasio-Cortez are getting considerable control over the policies Biden plans to enact.
How do you think Texas will vote in the 2020 general election? Do you believe that Biden has a chance of beating Trump in the state? Let us know your predictions down below in the comments section.