While the nation is gradually bouncing back from an economic slump triggered by shutdowns, Americans are far from out of the woods.

Many small business owners are still suffering; countless others have lost their jobs and are struggling to figure out how to take care of their children while still making a living. The fact that many schools will not be reopening for in-class learning this fall also doesn’t help matters. 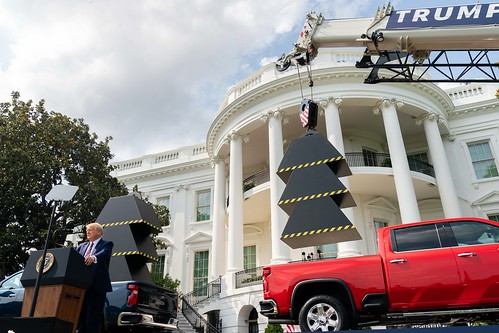 In the wake of ongoing economic calamity, Republicans in Washington are looking at yet another coronavirus stimulus package. However, the current aid under consideration will focus on specificities such as aiding small businesses and getting schools to reopen, per Breitbart News.

What to Know About the Upcoming Stimulus Package

On Sunday, House Minority Leader and California Rep. Kevin McCarthy sat down for an interview with Fox News. During this interview, the Republican leader provided insight into what Americans should expect in the upcoming COVID-19 stimulus package.

Per the House Minority Leader’s statements, the next rounds of aide will focus on incentivizing Americans to get back to work, “liability of protection” for schools and small businesses, and restoration of the U.S. supply chain.

America’s children are falling behind.

Now is the time for Democrats to come to the table to find a way to safely re-open America’s schools. We cannot allow an entire generation to go uneducated. pic.twitter.com/kDzKAiAVJF

McCarthy warned that many Americans are currently raking in more money from unemployment benefits than they are from working. The House Minority Leader explained that this is another matter that Congress aims to change in the upcoming stimulus package.

Is There Money for Another Stimulus Package?

At this time, there seems to be disagreements between Washington lawmakers regarding funding for more aid. As some Republicans prepare for another stimulus package, others such as Senate Majority Leader Mitch McConnell and Kentucky Sen. Rand Paul have warned that the money simply isn’t there.

It's pretty sad that we need a bill to stop the government from sending checks to dead people.@RandPaul tells @OANN that some of the checks sent out to dead people even had “deceased” in the memo line! The gov't still couldn't figure out how to stop the checks from going out… pic.twitter.com/pubhyXS7Dn

Government’s inability to endlessly hand out money is why so many Republicans favor a safe, measured reopening along with the healthy re-engagement of our nation’s economy. Democrats, on the other hand, continue to push for renewed shutdowns and reversals on phased reopening plans.

Do you believe the federal government should send out yet another round of stimulus aid? If so, what should the stimulus package include? Let us know what you think about more government spending down below in the comments section.