While the 2020 presidential election is at the forefront of politics, other elections play a pivotal role as well. At this time, both Republicans and Democrat alike are vying to either gain or maintain majorities in the House and the Senate. 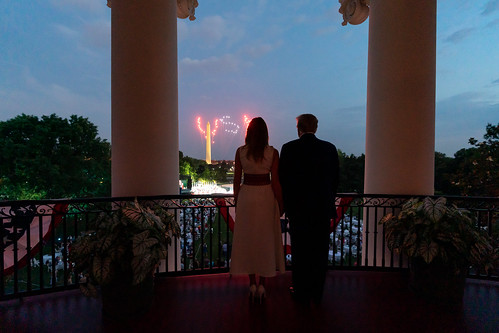 “Salute to America 2020” (Public Domain) by The White House

As it currently stands, the Republican Party is largely confident in their ability to regain majority control in the House, as documented by Breitbart News.

The Plan to Regain Majority Control in the House of Representatives

While speaking with the press yesterday, House Minority Leader Kevin McCarthy stated that Republicans have a fair shot at taking the House back from Democrats. To solidify this claim, McCarthy drew attention to the GOP’s need for only 17 seats in order to flip the House red.

Ultimately, the House Minority Leader maintains that while congressional races may be “competitive,” Republicans will ultimately come out on top.

What Do Democrats Think About the House and Senate Races?

Democrats have expressed precisely opposite sentiment of those maintained by McCarthy. In fact, certain top Democrats like Nancy Pelosi state that the ongoing issues regarding coronavirus, the economy, and race relations are paving the path for a massive blue wave.

The President’s dereliction of duty is dangerous. The Republican Senate must join the House in passing the #HeroesAct and calling on President Trump to use executive action for good.

The Democrats seek to expand their power in the House, while taking the Senate back from the GOP and turning Trump into a one-term president. Some Americans have even suggested that leftists have a vested interest in stifling the economy and keeping sectors closed until the election, in the hopes that this will cost Trump 2020.

Biden, for his part, continues to market himself to voters as the solution to ongoing economic problems. The former vice president is promising to “transform” the United States and build what he calls a “better” economy.

Do you think Republicans will manage to regain control of the House this November? Let us know down below in the comments section.