The radical left is in the process of trying to turn this nation upside down. They’re doing this by rioting, burning down cities, defacing monuments, and now calling to remove certain statues and paintings.
Of course, Democrats will never outrightly admit their true and sinister agenda to regress America into a socialist nation. Instead, they’re claiming that the aforementioned acts are “peaceful protests” and moves to take a stand against “systemic racism” and other things that simply aren’t real. 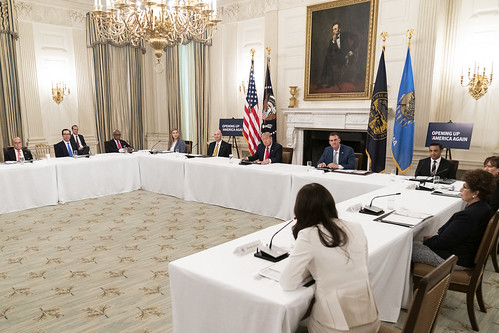 Earlier this week, House Minority Leader Kevin McCarthy posed a critical question, Breitbart News reports.
McCarthy asked if House Speaker Nancy Pelosi should reconsider the name and nominee of her own party since she’s insisting on removing U.S. Capitol portraits of four (Democrat) speakers who labored for the Confederacy.

Reviewing the GOP Leader’s Point About the Democrat Party

In essence, the House Minority Leader stated that Pelosi ought to be consistent in her professed crusade to right past wrongs. McCarthy professed that the House Speaker should, therefore, “go further” and make changes to the Democrat Party’s name and their current 2020 nominee Joe Biden.
Of course, Pelosi won’t do this; neither will anyone else in her party. Taking down the aforementioned portraits in the U.S. Capitol is nothing more than political grandstanding; Democrats just don’t think the American public is smart enough to read between the lines.

#Juneteenth is a reminder not just of how far our country has come, but how far we still need to go to achieve a more perfect union.

I'm hopeful that next week, the House and Senate can come together to put historic legislation on President Trump's desk, just like he's asked. pic.twitter.com/TfdivTva9f

Historically, the Democrat Party has fought for slavery and opposed freedom. They continue doing so to this very day by trying to replace capitalism with socialism.
While leftists like Pelosi accuse others of racism, they ignore members within their own party — like Joe Biden and Hillary Clinton — who share notable links to KKK grand wizards and segregationists. The hypocrisy couldn’t be anymore outright or blinding.
Do you think Nancy Pelosi will put her money where her mouth is and take up Leader McCarthy on his suggestion? Enlighten us in the comments section below!