During this week alone, Speaker of the House Nancy Pelosi has considerably ramped up her attacks on President Trump.

On Monday, the Speaker branded Trump as “morbidly obese” after learning that he is taking the anti-malaria drug known as hydroxychloroquine to prevent COVID-19. Despite the president’s consumption of this drug being approved by a doctor, Pelosi still asserted that he shouldn’t be taking it. 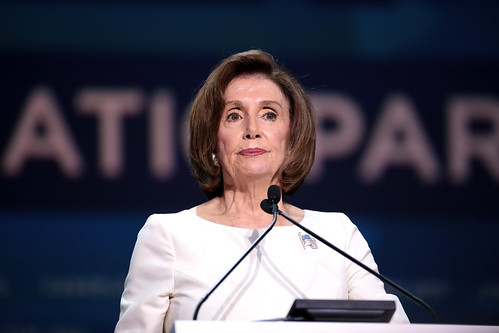 The next day, Trump fired back, claiming that he doesn’t respond to Pelosi because she’s suffering from “mental problems” and is a “sick woman.” The Speaker would later push back on this, claiming that the president is being “too sensitive.”

It seems as though Pelosi isn’t willing to let it go at that, however, according to reports from Breitbart News. During her weekly press conference yesterday, the House Speaker once again took aim at Trump, claiming that she is frequently asked by physicians about “what’s the matter” with the president.

A Closer Look at the House Speaker’s Latest Claims

When delivering remarks to the press, Pelosi made several questionable statements about President Trump. According to her, she “[hears] doctors talk to [her]” and ask what’s wrong with Trump. Of course, the Speaker conveniently chose to leave out the names of these alleged doctors; she also didn’t disclose when or where these alleged conversations have taken place.

Nancy Pelosi said President Trump is like a child "with doggy doo on his shoes" and that doctors have asked her, "What is the matter with him?" https://t.co/jZgfeFKUF2 pic.twitter.com/Lh92kELgDc

In additional statements during her weekly press conference, Pelosi again went after both President Trump and his administration. The Speaker alleged that Trump has “doggie doo” on the shoes he wears and also stated that folks in his administration are in the same predicament.

She then doubled down on her claims about Trump being “morbidly obese.” In Pelosi’s own words, she handed the president “a dose of his own medicine.” The Speaker also maintains that her assessment of Trump’s weight is a quote from doctors who she interestingly chose not to name.

Do you believe that Speaker Pelosi’s comments about President Trump are appropriate? Let us know in the comments section below!