Congress still remains very much at odds over what to include in the next stimulus plan for Americans. While some Republicans oppose the idea of more government spending altogether, even GOP members who remain on board with another stimulus plan have yet to reach an agreement with Democrats.

Needless to say, both sides are pointing the finger at one another. While the GOP has offered a series of alternatives, Democrats have rejected all of them; left-wing lawmakers furthermore maintain that anything barring $600 in weekly assistance to Americans is a no-go, regardless of other alternatives. 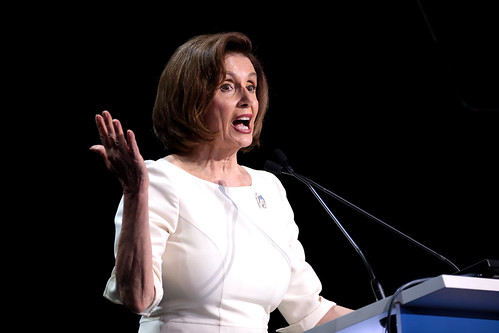 The political spat between Republicans and Democrats has now carried over into the press. Earlier this week, House Speaker Nancy Pelosi became testy when a PBS News interviewer questioned her about the series of aid options Republicans have put forth, reports Townhall.

Unlike other interviewers, PBS’ Judy Woodruff actually pressed the House Speaker, rather than handing out softball questions. During talks about Republicans and Democrats’ impasse on another stimulus package, Pelosi was reminded that the GOP has brought some benefits to the table.

It’s amazing how free & clear Republicans are when they are handing trillions to their rich friends… and how exacting they are when an out-of-work American receives $600. #FamiliesFirst #PBSNews pic.twitter.com/6lB1Pei0Oa

Pelosi then alleged that Republicans in Congress are more interested in giving money to “their rich friends” instead of working Americans; objectively, the offers that Republicans have brought to the table simply do not support the House Speaker’s assertion.

While on-air, Pelosi also went after President Trump’s administration. Per her own admission, the Speaker of the House believes the Trump administration has failed to understand the “gravity” of coronavirus’ impacts on Americans.

While Democrats assert that Repblicans have no regard for working Americans, the GOP has a similar outlook about the left.

In fact, certain Republicans are accusing congressional Democrats of holding working people as hostages in a quest to force through various liberal policies.

President Trump himself has noted Democrats’ attempts to get federal bailout money for left-wing cities included in a stimulus plan. It goes without saying that Republicans are not on board with this.

As Republicans and Democrats continue to fight with one another, there is talk of the president providing COVID-19 aid via executive order if Congress cannot reach an agreement.

What do you think of the back-and-forth between Speaker Pelosi and PBS News’ Judy Woodruff? Share your takeaways with us in the comments section below!