Throughout the coronavirus pandemic, Republicans and Democrats have maintained extremely different outlooks on the situation.

While the right was more hesitant to initially shut everything down, the left branded shutdowns as the only way to “flatten the curve.” When Republican governors gradually began lifting stay-at-home orders and re-engaging their economies, Democrats argued that such moves served as public health risks. 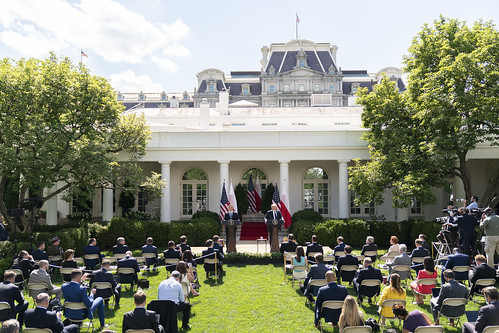 Partisan disputes are now more heated than ever, especially amid reports that COVID-19 cases are surging. This has led to left-wing media outlets accusing President Trump and Vice President Pence of spreading disinformation, explains Breitbart News.

Why Do Leftist and Conservative Outlooks on COVID-19 Vary So Much?

On the left-right political spectrum, there are varying opinions on whether or not Americans should turn over certain individual rights and liberties in the name of public health. Specific answers can vary, but more often than not, conservatives are less likely to favor turning over rights for the sake of “protection” from big government.

This has led to left-wingers accusing President Trump and Vice President Mike Pence of “[feeding] the American people lies” about coronavirus. CNN host Jake Tapper made this claim on Friday in response to remarks from the coronavirus task force’s latest press briefing.

We express our sympathies and deepest condolences to all the families who have lost loved ones. While we grieve the loss of every American life, because just one is too many, we remain hopeful as fatalities decline across the Country. pic.twitter.com/mPeOVlptWl

Tapper stated that Trump and Pence are spreading mistruths about the flattening curve of COVID-19. Despite the supporting data and evidence provided by the vice president and the coronavirus task force, Tapper maintains that the White House simply isn’t being honest; the CNN host then alleged that COVID-19 cases are “battling an increase” in 32 states across the nation.

However, daily deaths of coronavirus are decreasing across the nation. President Trump himself previously warned that while “embers” or “flare-ups” of COVID-19 may appear, they will ultimately be put out.

As outlets like CNN assert that Republicans and conservatives are part of the problem, the latter groups share the same outlook towards the left.

Black Lives Matter leader states, “If U.S. doesn’t give us what we want, then we will burn down this system and replace it”. This is Treason, Sedition, Insurrection!

In the wake of mass riots and protests, right-leaning Americans have criticized Democrats’ permissive attitudes and justifications of these gatherings. This is especially an issue since leftist media outlets like CNN condemned small business owners and other Americans who protested shutdowns.

The left claimed that such gatherings heightened the risk of coronavirus transmission; however, their attitudes regarding Black Lives Matter riots are quite different.

What do you make of strong, partisan-based disagreements about coronavirus? Let us know down below in the comments section.