Since the inception of the president’s time in politics, he has vowed to bring jobs back to America. Following Trump’s time in the White House, jobs have soared. Prior to COVID-19 lockdowns, employment was at an all-time high across all demographics. Even now, jobs are roaring back as our nation’s economy returns. 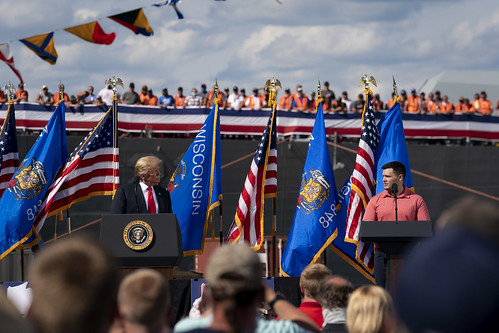 Despite the harm engendered by shutdowns, the president is still working to get Americans back to work. On Friday, Trump took specific action by signing a new executive order that changes guidelines for federal hiring, explains Townhall.

News about this executive order arrives as many Americans seek work, amid unspeakable job loss from the lockdowns.

Per the president’s executive order, guidelines for federal job opportunities must prioritize knowledge and skills. This arrives as a change from previous guidelines which placed a greater focus on the university degrees and credentials of applicants seeking work.

While speaking at the White House, Trump stated that the method of considering hires based on school attendance is “outdated.” Furthermore, the president also explained that the talents, capabilities, and skills that applicants can bring to the table are more important and worthy of prioritization.

Moving our hiring focus to skills, not outdated degree requirements, "will allow us to better recognize the talents and competencies of all Americans we hire," @IvankaTrump says. pic.twitter.com/dufVDphwzq

Trump was joined by first daughter Ivanka Trump who also lauded the executive order on federal hiring. The first daughter furthermore explained that the private sector is committed to training investments for 16 million workers.

As the president and first daughter pointed out yesterday, there are many qualified Americans who may not have attended certain schools or earned various degrees.

Federal hiring guidelines that focus on talents and skills help ensure that the right people have greater access to the appropriate jobs. In additional remarks yesterday, the first daughter pointed out that a “one-size-fits-all” approach is no longer effective.

Trump’s executive order comes after companies like Google, Apple, and IBM take measures to hire workers without college or university degrees. Supporters of the president have lauded his executive order also, stating that it meets his promises of job creation.

As many Americans are aware, employment opportunities play a vital role in a collectively thriving economy.

What do you think about federal jobs prioritizing skills and talents over university degrees? Also, do you believe the president’s executive order will positively impact the U.S. economy? Use the comments section below as a sounding board!