The city of Portland, Oregon continues to suffer from acts of anarchic, chaotic, and dangerous unrest.
Portland residents are forced to contend with consistent and increasingly unstable riots. For all intents and purposes, the city’s Mayor Ted Wheeler has abdicated his position. The Democrat mayor isn’t moving to stop violence; in fact, he’s outrightly rejected offers from President Trump and the Department of Homeland Security (DHS) to help restore order. 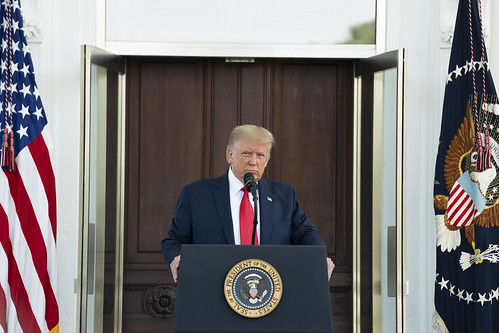 Actions have consequences and to say that Portland residents aren’t happy would be a severe understatement. According to Fox News, almost two-thirds of the city is displeased with their mayor’s leadership.

A Closer Look at Portland’s Outlook on Mayor Wheeler

The residents of Portland believe that their mayor has failed to preserve the safety of the city and its people. This explains why 63% of Portland voters view Wheeler in a negative light; by contrast, merely 26% of Portland voters have a positive outlook on the Democrat mayor.
News about Portland’s overall disapproval of Wheeler comes after eyebrow-raising decisions on his end. Just last month, Wheeler informed the president that he didn’t want “politics of division and demagoguery” in the city. This arrived after Trump offered to send federal officals into Portland to end violence.

Ted Wheeler dancing around the issue of nightly riots driving away business and investment in his city. https://t.co/pQTSG1LhSE

Moreover, the Portland mayor decided that tweeting out a copy of this letter was a good idea. Within hours of sending and publishing this letter, left-wing rioters took over his apartment building. After then learning of set fires, Wheeler announced his decision to switches residences.

Backlash from the Federal Government

It turns out that Portland residents aren’t the only folks who take issue with Wheeler’s allowance of nightly violence and chaos.
The Portland mayor also faces censure from the federal government. In a response letter last month, President Trump stated that Wheeler lacks competency; furthermore, DHS Secretary Chad Wolf also sent a message to the Portland mayor.

Portland businesses will never thrive again until the DA and the Mayor are replaced with leaders that believe in Law and Order.

Wolf warned that Wheeler will not be able to allow riots and destruction on an indefinite basis. Moreover, if the Portland mayor continues to ignore what’s happening in his city, then this will force the federal government to step in for the sake of Americans’ safety.
Thus far, the Portland mayor has yet to announce a plan to cease the violence in his city. Instead, Wheeler continues urging residents to social distance and wear face coverings.
What do you think about the overall negative perception of the Portland mayor? How would you rate Wheeler’s leadership? Let us know down below in the comments section.