In 2020 alone, the goalposts and cited objectives of coronavirus restrictions have repeatedly shifted.
Months ago, the nation was told that the implementation of “temporary” precautions needed to happen for the sake of “[flattening] the curve.” Americans listened and believed this; however, two weeks quickly became several weeks before turning into months. 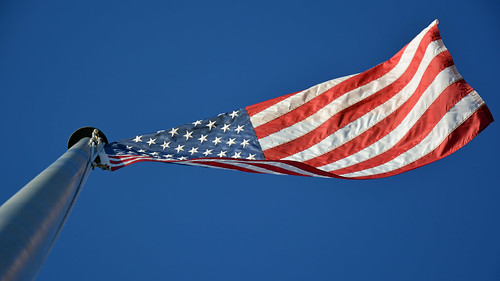 To say that many people in this country have tired of COVID-19 limitations doesn’t do the sentiment justice. Americans are ready to get back to normal life and not to a so-called “new normal.”
As such, various communities are beginning to reject oppressive edicts that are being implemented under the guise of public health and safety. Alcona County in Michigan is a prime example of this, as documented by Breitbart News.

The Board of Commissioners in Alcona County has taken effective measures to distance themselves from the Michigan governor’s draconian limitations and mandates. Not too long ago, Alcona County issued a unanimous resolution to disregard Governor Whitmer’s orders in order for residents to “live again.”
Alcona County accurately noted the Declaration of Independence; in doing so, the Michigan county explained that the role of government versus the “individual responsibility” of Americans is different. Likewise, Alcona County maintains that Whitmer’s regional map which determines the layout of various restrictions makes “absolutely no sense.”

YOU CANNOT MAKE LAWS. You are just trying to make instant criminals. I am happy to see several Sheriffs refuse to enforce your orders. Please contact Governor Whitmer's office if you see someone not wearing a mask. 517-373-3400….. 517-335-7858 (Constituent Services) https://t.co/kc6iyrpTKZ

The Michigan county also called out the lack of scientific evidence to support the assertion that “masks save lives” before slamming Whitmer for repeatedly moving her goalposts.

When the Michigan governor first announced coronavirus restrictions, she cited “[flattening] the curve” as the objective; now, months later, Whitmer maintains that her restrictions will not cease until a vaccine arrives.
The push to “flatten the curve” quickly transgressed into the unattainable and unrealistic endeavor to squash the virus altogether; this continues to maintain despite the mental health, lives, livelihoods, and businesses that are destroyed in the process.

Yesterday's rally was an incredible demonstration of the immense support President @realDonaldTrump has here in Michigan. We WILL keep Michigan RED for President Trump and send him back to the White House this November!#LeadRight #TVMI20 pic.twitter.com/F6PJp9xxQR

Whitmer’s decision to repeatedly move the goalposts explains why various counties are gradually pushing back against her orders. Her back-to-back extensions of the Michigan State of Emergency also aren’t doing her any favors.
Following Whitmer’s declaration of a statewide mask mandate, several sheriffs in Michigan counties announced their refusal to uphold mandatory face covering rules.
What do you think about Alcona County’s open revolt against Michigan’s oppressive coronavirus restrictions? Let us know down below in the comments section!