Michigan is under a national microscope as Gov. Gretchen Whitmer continues to order one of the austerest safer-at-home orders in the nation. In yet another blow to Michiganders, Whitmer has declared that a full reopening of the state will not go into effect until the availability of a vaccine for coronavirus. 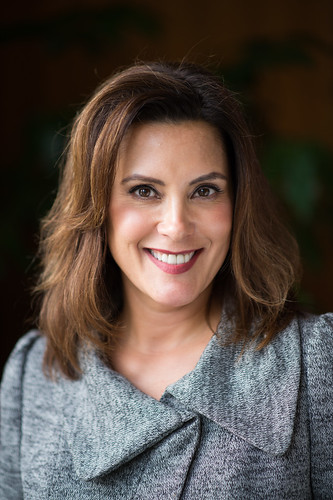 Earlier this month, the Michigan House of Representatives and Senate sued Whitmer for bypassing them in her quest to extend the state of emergency. Likewise, the Michigan governor is facing additional lawsuits from state residents and a grassroots organization known as Michigan United for Liberty.

On Thursday, Michiganders returned to the State Capitol to protest against Whitmer’s shutdown and demonstrate in favor of reopening, according to Fox News.

Reviewing the Latest Protest at the Michigan State Capitol

Earlier this week, Gov. Whitmer went after protesters in an interview by deeming them as racist and misogynistic. If the Michigan governor believed that these vicious and untrue claims would silence suffering residents of her state, she was wrong.

@GovWhitmer just as an FYI — this movement was started by women. Two of which are single moms. One of which is out of work & cant get unemployment still. You need to check your privilege. #FakeNews #OpenMichigan #MichiganUnitedForLiberty #BalanceTheRisk pic.twitter.com/Gmcz70SLot

Yesterday, patriotic Michiganders demonstrated outside of the Capitol in spite of rain and bad weather. Residents of the Mitten State held up signage censuring fear, calling for the reopening of Michigan businesses, and emphasizing liberty.

The latest protest outside of the State Capitol arrives shortly after Whitmer lost a suit to make an Owosso barber close his business. After losing in court, the Michigan governor weaponized the state government to yank this barber’s licenses to operate. The Michigander entrepreneur now has limited options for recourse.

(2/2) He continued: "I'm not going to rollover. I'm not closing. Unless you want to drag me out of here in handcuffs which they probably will."

He ended with a laugh: "What are they going to do, give me life? I've got one foot in the grave and the other on a banana peel." pic.twitter.com/6lnclsrJRu

How do you think Thursday’s demonstration at the Michigan State Capitol will impact events going forward? Do you think the Michigan Supreme Court will take any actions to stop Gov. Whitmer from indefinitely extending her lockdown? Let us know in the comments section below!

Biden Fully on Board with Trump Impeachment Trial