Across the nation, face masks continue to be a matter of contention. For various reasons, many people do not want to “mask up” and they certainly don’t want masks forced upon them by an almighty government.
In light of the physical and sometimes lethal confrontations over face coverings, certain major retailers have walked back their mask mandates, claiming that they will still serve customers without face coverings. 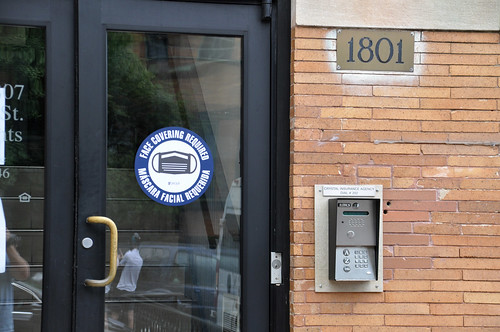 McDonald’s, on the other hand, is going in the opposite direction.
Rather than allow their own customers to determine whether they wish to cover their faces, the fast-food giant has stated that they may call the police on customers who are in their locations without a mask, according to Breitbart News.

A Closer Look at McDonald’s and Mandatory Face Masks

Despite serving food that is regularly criticized for its unhealthiness, McDonald’s is bound and determined to ensure that anyone who enters their locations does so with a face covering.
During an interview with CBS This Morning, McDonald’s CEO Chris Kempczinski explained that customers who are “unwilling to wear a mask,” may cause McDonald’s staffers to “bring in law enforcement.” Kempczinski did not, however, explain what he expects the police to do upon arriving on the scene.

Because some of you are asking, and it matters to us that you all know, McDonald’s does not contribute to presidential candidates.

Before the McDonald’s CEO’s interview concluded, he opined that mask-wearing is “prudent” because of “what we’re seeing.” Kempczinski also noted that McDonald’s workers are required by the company to wear face coverings while on the job.

Will the Police Respond to Calls About Maskless Customers?

Similarly to mandatory face coverings, the matter of calling the police on individuals without masks is also controversial. Some Americans have suggested that such calls are harmful and block police from responding to truly serious matters.
In several states, governors are relying upon the police to uphold their executive orders mandating face coverings. Nevertheless, several sheriffs across multiple states say they won’t do it.

These leaders within the law enforcement community also maintain that mask mandates are not enforceable. Moreover, certain sheriffs have outrightly stated that they are not the “mask police.”
McDonald’s mandatory face mask order goes into effect as of today. Time will tell whether or not any viral confrontations between customers and employees begin to circulate online.
What do you think about places coming out with mandatory mask orders? Should McDonald’s employees have the green light to tie up police resources if customers are maskless? Let us know down below in the comments section.