As Americans and the economy work to recover from coronavirus shutdowns, Washington lawmakers remain largely united on providing yet another stimulus package. This comes in spite of certain fiscal conservative Republicans warning about the dangers of endless government spending. 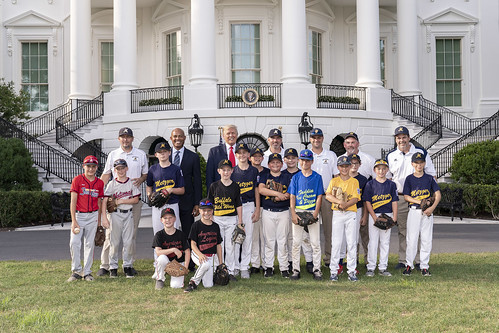 Right now, the greatest issue of contention deals with unemployment aid. Republicans and Democrats remain largely at odds about the appropriate provision of assistance for individuals who are presently out of work.
As the GOP and Democrats duke it out, the inability to reach a resolution threatens the success of a stimulus package altogether, explains Washington Examiner.

At this time, Democrats in Congress are pushing for $600 in unemployment aid to Americans. The left argues that such an amount is conducive to keeping people from slipping into poverty; however, reports have surfaced of people earning more in unemployment benefits than at their jobs.

When this happens, Americans are actually disincentivized from going back to work, hence neutralizing the purpose of unemployment aid, to begin with. This is why GOP lawmakers are pushing for roughly $200 in unemployment aid for out-of-work Americans.
Republicans are also working hard to toe the line between helping people hurt by shutdowns without discouraging people from getting back to work or seeking new employment prospects. The GOP furthermore maintains that the best aid of all is job creation, economic stimulation, and getting Americans back to work.

Which Side Will Budge?

At this time, Republicans and Democrats appear at a standstill regarding the unemployment aid aspect of the stimulus package.
Speaker of the House Nancy Pelosi (D) went after Republicans on Friday while addressing the media. Pelosi stated that GOP lawmakers are “begrudging” Americans by refusing to agree to $600 in weekly government handouts. The House Speaker moreover claimed that this amount of money is “essential” to the prosperity of the nation.

Without action by President Trump & Senate Republicans, federal unemployment insurance will expire for millions of Americans this weekend. The Senate must take up the House-passed #HeroesAct & extend this critical lifeline for working families. https://t.co/C9ihHVrGeo

Republicans, too, are sticking by their stance. However, GOP lawmakers have proposed a system that provides specific aid based upon the current income of workers. Furthermore, Republicans warn that small businesses and other enterprises will suffer if their workers make more from unemployment aid than from actually going into work.
At things currently stand, there’s no sign that this partisan gridlock will end anytime soon.
What do you think about the impasse that Republicans and Democrats have reached on unemployment aid for Americans? Let us know down below in the comments section.