Many political leaders are struggling with individuals who do not strictly adhere to measures branded as necessary to fight off coronavirus.

Despite talk about a “new normal,” many Americans are eager to live their lives and interact with other humans without endless adherence to social distancing, masking, etc. This has led to some people directly flouting “guidelines” issued by health officials and others, much to the outrage of politicians. 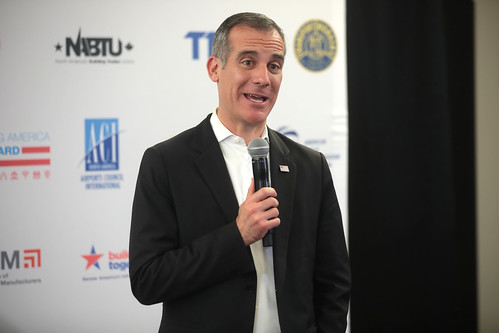 Eric Garcetti, the mayor of Los Angeles, is now taking new steps in the hopes of achieving forced compliance. According to Townhall, Garcetti is now threatening to turn off power and water from the homes of Los Angeles residents who host house parties.

What to Know About the L.A. Mayor’s Announcement

On Wednesday, Mayor Garcetti made an announcement that has caused many Americans to raise their eyebrows.

The Los Angeles mayor stated that he’s given city workers the go-ahead to shut off water and power to the residencies of individuals who host parties. This announcement arrived after Los Angeles residents hosted a large party in the west side area of Beverly Crest.

Your info is confidential and you will not be asked about your immigration status.

Naturally, some Americans are questioning the Los Angeles mayor’s decision and the legality behind it. To be precise, certain individuals have asked how Garcetti can authorize the revocation of utilities from paying residents.

Thus far, Garcetti has yet to formally respond to these concerns.

Growing Pushback Against the “New Normal”

Pushback and resistance against measures like physical distancing, mandatory face coverings, etc. continues to spike, despite talking points about a “new normal.”

This has subsequently led to certain leaders increasing potential penalties, although many Americans are still pushing back. In fact, increasingly aggressive measures from people in power are only raising suspicions among certain individuals. Many Americans are now questioning whether actions like Garcetti’s are about stopping a virus or forcing people to comply.

Mayors de Blasio and Garcetti are dueling in idiocy and totalitarianism.

Garcetti: Hold my beer. Cut water and power for violators.

de Blasio: Back to the drawing board…

In the wake of Garcetti’s announcement, some Americans suggested that the Los Angeles mayor may soon find himself on the receiving end of lawsuits. Furthermore, there is no word on whether individuals who lose access to power and water will get their money for these services back.

Finally, the Los Angeles mayor’s announcement has triggered questions about what else the government will try next in the name of stopping COVID-19.

What do you think about the Los Angeles mayor threatening to cut off water and power for individuals who host house parties? Is this legal? Share your views with us in the comments section below!