Sunday night marked a continuation of riots in the United States of America.

As most people are aware by now, these riots are being described as demonstrations against the death of George Floyd. However, looting, rioting and torching buildings and cars, while assaulting people in the streets will not bring back Floyd; as a matter of fact, this behavior only dishonors his memory. 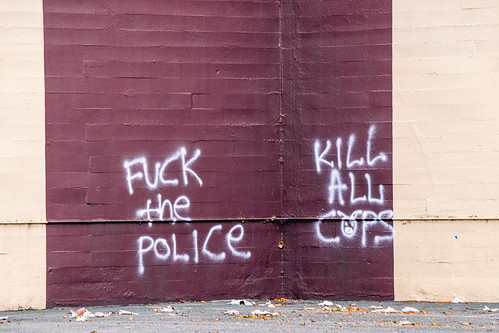 Yesterday, the Illinois National Guard was called into Chicago to deal with the riots and other forms of destruction in the city.

Sunday night didn’t mark the first protest in Chicago; however, this is yet another city run by a Democrat governor struggling to protect the area with effective leadership, reports Townhall.

What to Know About Violent Demonstrations in Chicago

I’m disgusted with the people involved in this and I’ll be damned if I won’t stand up for my family, my place of employment, or the Village I live in if these asshats decide to show.

Implementing curfews is a tactic that many mayors across America enacted in light of riots; however, violent demonstrators are largely taking it upon themselves to ignore local leaders and do whatever they please, regardless of how dangerous or illegal it might be.

The presence of the Illinois National Guard was designed to keep demonstrators under control and minimize acts of violence. Sadly, these are endeavors that authorities have consistently struggled with since the inception of violent riots on U.S. streets.

How much longer do you think anarchist and destructive riots will continue to happen on the streets of America? Do you think authorities should take greater actions to stop violent demonstrators? Let us know in the comments section below!