Come this election season, House Republicans have a chance to regain their majority in the lower congressional chamber. This is something that Republican congressmembers have focused on for quite some time; as a matter of fact, Rep. Doug Collins (R) recently introduced a resolution to altogether remove Nancy Pelosi from the position of House Speaker.
Republicans consistently criticize the conduct of not just Speaker Pelosi, but other Democrats within the House. During the impeachment proceedings, Republicans tore into their Democrat colleagues for failing to consider the thoughts and wishes of the minority within the body. 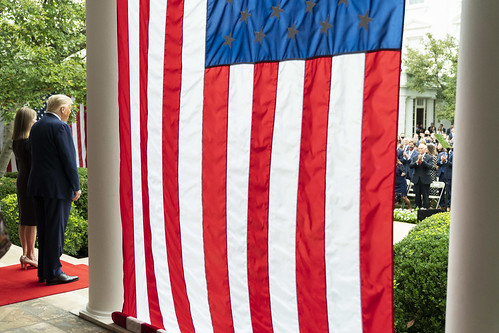 To say that Republicans are now working overtime to regain dominance in the House of Representatives is a major understatement.
According to Fox News, House Minority Leader Kevin McCarthy has done a great job of raising considerable amounts of funds for Republicans seeking House seats.

Within the third quarter, Leader McCarthy successfully managed to fundraise $16 million dollars in seven separate accounts. All in all, this leaves a grand total of $103 million dollars for this year’s presidential election.
As some Americans may know, this is a record amount of money for any GOP House member to fundraise within an election.
With these funds, the House Minority Leader can now assist Republicans who are running for House seats presently occupied by Democrats. This is paramount on the path to Republicans regaining control of the House and ousting Pelosi as their House Speaker.

.@GOPLeader: "Speaker Pelosi does not want to lift a finger because she believes in her own words and let me quote 'that nothing is better than something and negotiations are all about leverage.'" pic.twitter.com/u1sA7QyLIP

Leader McCarthy himself has some ideas on the notable success behind his fundraising. According to the California Republican, Americans have “incredible enthusiasm” for conservative ideas and values.
McCarthy furthermore reiterated that Republicans remain open and honest with the public regarding their vision and policy plans for America.

Republicans’ exasperation with Speaker Pelosi has surged amid disagreements on a stimulus package for the American people.
Time and time again, the California Democrat indicates that “leverage” and bailouts for blue states are more important to her than meeting Republicans halfway for the betterment of the American people.

Democrats' partisan bills have made their priorities very clear.

Spoiler alert: it’s not about fighting COVID or rebuilding our economy

That’s why @RepKevinBrady and @GOPLeader introduced the Commitment To American Growth bill to bolster our economy ↓ pic.twitter.com/RcY92k31yb

Believe it or not, congressional Republicans seeking to regain majority control over the House aren’t the only ones tiring of Pelosi’s act. Earlier this week, the House Speaker got into a back-and-forth with CNN’s Wolf Blitzer.
Much to Pelosi’s annoyance, Blitzer grilled her on why she won’t call up President Trump to reach a compromise on federal aid for Americans hurting from COVID-19 shutdowns. Pelosi, of course, chose to redirect rather than provide an honest answer.
Do you believe Republicans will manage to successfully regain control over the House of Representatives? Let us know down below in the comments section.