As riots continue to ensue across American cities, state and local leaders are scrambling to get things under control. Earlier this week, the president informed elected officials that they need to stop the mayhem from breaking out or he will send in the military to get the job done.

Yesterday night marked a series of new violent demonstrations in America. Rioters continued their looting, vandalism, and other forms of destruction. Tuesday registered over a week of various demonstrations happening, in spite of calls for people to abide by directives of their leader. 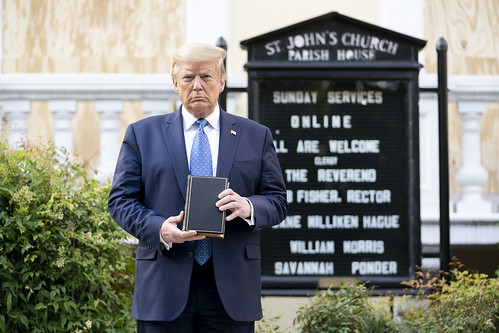 Prior to yesterday night’s riots, First Lady Melania Trump asked demonstrations to abide by the curfews issued from their leaders. The call marks an increase in Trump’s public remarks on the demonstrations happening in America, according to Washington Examiner.

A Closer Look at the First Lady’s Message to Rioters

On Tuesday evening, Trump encouraged Americans to stay off the streets once curfew arrived and spend time with their loved ones. The first lady also expressed the importance of keeping communities and cities across the nation safe.

Following these pointers, another critical part of Trump’s message to demonstrators involved the importance of everyone working together in order to heal and accomplish peace.

As the night approaches I urge all citizens to obey the curfews, clear the streets, & stay inside to spend time w loved ones. All cities, communities & citizens deserve to be kept safe & that can only be done if we work together towards healing & peace.

Earlier in the week, the first lady also expressed her disappointment in the violent levels which many demonstrations have escalated to.

Washington D.C. experienced one of the most shocking riots this week with St. John’s church being set ablaze by rioters. Violent demonstrators furthermore took it upon themselves to vandalize historic and iconic monuments in the nation’s capital with graffiti.

What do you think about the first lady’s message to demonstrators across the country? Do you believe the president will eventually have to use the military to get these riots under control? Don’t hold back your thoughts in the comments section below!