Members of the Democrat Party continue to weaponize COVID-19 and subsequent fears for their own gain.

Of course, leftists are denying these charges and claiming that their actions are for the good of the public health. This, however, is a false narrative. If Democrats truly cared about the health of the public, they’d acknowledge the great dangers of mental health issues, job loss, etc. 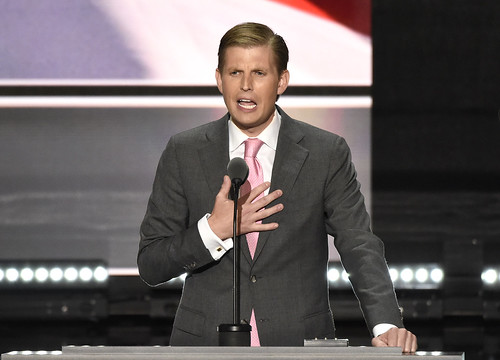 During Saturday evening, Eric Trump sat down for a discussion with Judge Jeanine Pirro of Fox News. During this time, the first son called out the true intentions of the left-wing, stating their interest in using coronavirus fears to block the president from hosting rallies, notes Washington Examiner.

Eric Trump on Democrats and Coronavirus

The first son did not mince words when he called out the true intentions of the left-wing. Trump noted that Democrats are loving the present situations where no one is attending rallies or campaigning in-person.

After noting Biden’s consistent tendency to make one gaffe after the other (even from his own basement), the first son stated that Democrats’ insistence upon banning public gatherings will disappear after Election Day.

Executive Vice President of the Trump Organization and the son of the president @EricTrump Trump joins “JUSTICE” tonight to react to my opening monologue and much more. Take a look. pic.twitter.com/bnn6QF2y4j

Eric Trump then held Democrats to task on their quest to erase his father’s “greatest tool” of uniting Americans with one another.

Reactions from the Radical Left

As to be expected, the first son’s remarks didn’t go over well with the left. As a matter of fact, Biden’s 2020 campaign issued a blistering response, slamming Trump’s statements and attacking his father’s response to coronavirus. What Biden’s campaign couldn’t credibly contest, though, was the validity of pointers made by Eric Trump. 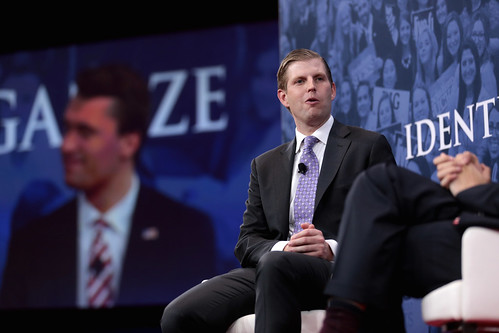 Finally, the left’s disapproval of the first son’s commentary does not make his commentary any less accurate.

What did you think about Eric Trump’s statements when speaking with Judge Jeanine Pirro? Do you too believe that Democrats are milking coronavirus fears for all they’re worth? Let us know in the comments section below!