Democrats and the establishment media are floating conspiracy theories about special counsel Robert Mueller’s Russia investigation in order to discredit his finding of no collusion.

Mueller delivered his report to Attorney General Bill Barr last weekend, and Barr sent a letter to Congress summarizing the report’s principal findings: no evidence of collusion between the Trump campaign and Russia, and no conclusion on obstruction of justice by President Donald Trump.

Republicans and the White House have celebrated Barr’s letter as an exoneration of the president, but Democrats and the media have seized on what they see as an elaborate cover-up by Trump’s “hand-picked” AG.

The New York Times reported Thursday, “Democrats, who like all other lawmakers have not seen the report, have all but accused Mr. Barr of covering up damaging information it contains.”

Some have indicated that because Barr summarized a 300-page report in just a four page letter, he must be oversimplifying or misinterpreting the results of Mueller’s investigation.

If Barr does not release the report in its entirety, including grand jury information, one anonymous Hill staffer told the Washington Post, then he will be participating in a “coverup.”

““If he does not include grand jury information in the summary…that amounts to a coverup,” said a House staffer — on the condition of anonymity.’ Why anonymity this quote? The press gives it way too easily. A position like this should be on record. https://www.washingtonpost.com/powerpost/house-intelligence-committee-republicans-formally-call-on-schiff-to-resign-as-chairman/2019/03/28/669f431c-515e-11e9-88a1-ed346f0ec94f_story.html …

The attorney general has pledged to redact the special counsel’s 300-plus page report, stoking concerns among President Trump’s critics on Capitol Hill.

It shouldn’t take this. Democrats in Congress have subpoena power and control the House floor. If they wanted to expose the GOP for facilitating a(nother) coverup, they could do it today. https://talkingpointsmemo.com/edblog/time-to-call-your-reps-folks …

Time To Call Your Reps, Folks

Time To Call Your Reps, Folks

Jennifer Rubin, a columnist for the Washington Post, also accused Barr of a coverup, writing that the AG would “defeat the entire purpose of a special counsel by weighing in to exonerate the president of any wrongdoing and to provide a scant summary of hundreds of pages of evidence.”

Trump and Barr may well look like they tried to cover up an investigation into a coverup.
https://www.washingtonpost.com/opinions/2019/03/29/dangers-playing-trumps-neediness/?tid=ss_tw&utm_term=.947d9415347a …

Opinion | The dangers of playing to Trump’s neediness

Barr’s coverup isn’t hoodwinking the public as effectively as it seems to be fooling headline writers.

DO YOU BELIEVE TRUMP ACTED ILLEGALLY?
64% Probably
32% Probably not

DO YOU BELIEVE TRUMP ACTED UNETHICALLY?
72% Probably
25% Probably not

“I cannot believe how bad Barr is fumbling,” says @juliettekayyem, former. Asst. Sec. of Homeland Security under Obama, on public perception of the Mueller report. “They had a story of ‘no collusion’ on Sunday. By Tuesday, the story is ‘the coverup.'” http://cnn.it/2JNMQXc

Adam Schiff is a patriot doing the job Nunes and the complicit/coverup Republicans would not.

Adam Schiff goes off, lists the Trump Tower meeting, sharing of polling data, call to hack Clinton, Kushner back channel, and more: “You might say that’s all OK … I think it’s unpatriotic. And yes, I think it’s corrupt and evidence of collusion.” 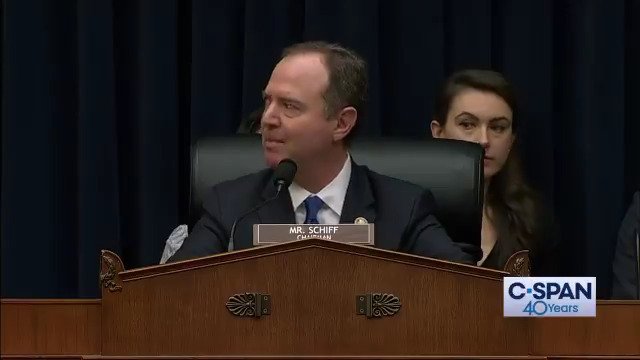 “There’s a difference between compelling evidence of collusion and whether the special counsel concludes that he can prove beyond a reasonable doubt the criminal charge of conspiracy,” Schiff claimed in an interview with ABC.

Meanwhile, Independent Vermont Sen. Bernie Sanders refused to respond when asked if he would accept Mueller’s report if there is indeed no evidence of collusion.

Commentator Max Boot went so far as to suggest Barr hadn’t even read the entirety of Mueller’s report before releasing his letter clearing the president, asking incredulously, “How on earth was Barr able to digest and summarize a 300+ page report in less than 48 hours?”

How on earth was Barr able to digest and summarize a 300+ page report in less than 48 hours?

SCOOP: The total of 300-plus pages suggests that Mr. Mueller went well beyond the kind of bare-bones summary required by the Justice Department regulation governing his appointment and detailed his conclusions at length. https://nyti.ms/2V2cmcf  w/@npfandos

Coverup in plain site? Release the Mueller report. Four pages of sanitized language doesn’t cut it for a country that believes in truth and justice.

.@JillWineBanks: Time is an enemy of the truth in this case because it will set in in the public’s mind particularly in the minds of those who support #DonaldTrump that what Barr said is the answer and it may or may not be. #AMJoy

MSNBC’s Rachel Maddow, who has spent much of her programming over the past two years on the Russian collusion conspiracy, has been at the forefront of the effort to delegitimize Barr and convince her viewers that Mueller could still have something on Trump.

For Maddow, every piece of information remains a clue that might take down the Trump empire. There is no adjustment for how the report has been widely received, no skepticism about what the report might actually contain, just cockamamie connections, the feverish belief that every single thing we don’t know is the all-important fact, that the smoking gun of collusion is out there, and that, yes, Robert Mueller is still going to swoop in and save us.

Maddow’s MSNBC colleague, Joy Reid, asserted last weekend that the “seeds of a cover-up are here” because of Barr’s role in the conclusion of the investigation.

In an attempt to address the conspiracies floating around his initial letter, Barr sent a follow-up letter to Congressional leaders on Friday.

The follow-up letter indicated that yes, the full report will be made public save security-related redactions; no, the White House will not be allowed a “privilege review” before it is released; and yes, Mueller’s team is working with Barr on its release. Barr also noted that his first letter was not intended to be a summary of the entire report, rather, a summary of its principal conclusions.

The letter served to knock down claims made without evidence that Barr had wildly misrepresented Mueller’s conclusions or was planning on keeping the final report under lock and key.