During the 2016 presidential election, virtually all the polls asserted that Hillary Clinton would win by a landslide. As everyone knows, however, this did not happen; President Trump rose to victory four years ago and many Americans believe he’s going to do the same this go-round. 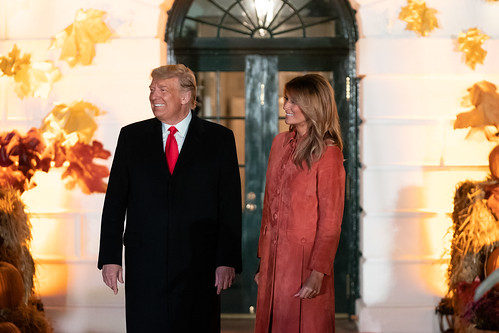 Right now, the mainstream media is doing all that’s possible to promote and shine light on polls showing that Biden is leading President Trump. What the liberal press will not do, however, is draw attention to recent polls from Trafalgar Group that showing Trump beating Biden in battleground states like Arizona, Florida, and Michigan.
Election Day is in precisely one week. As Biden stammers, misspeaks, and calls early morning lids on his campaign, Breitbart News confirms that Democrats are mentally preparing themselves to lose the 2020 presidential election.

The source of left-wingers’ election angst ultimately boils down to several factors: recent polls showing Trump either narrowing Biden’s lead or ahead, Democrats’ decreasing support from minority voters and white, working-class voters, and “PTSD from 2016.”
Americans should also be aware of a very telling excerpt from The New York Times. The publication, which is far from a backer of the president, noted that Trump could have a repeat of 2016 where he ultimately loses the popular vote, yet still “[eks] out” an election win.

Nevada’s lockdown is forcing this bookstore owner to close her store after 39 years in business.

She's voting for President Trump because "he has American's best interests at heart. He wants to keep the small businesses going. He knows what it’s like to make payroll." pic.twitter.com/OT6ehyr7QW

Per the Times, a “slight shift in [swing state] voters’ moods” is all that’s necessary to tip the scale in Trump’s favor.

Biden’s tendencies to repeatedly misspeak and act oddly aren’t doing him any favors; neither is his tax plan. Republicans don’t care for it and even some left-wingers are doing a double-take.
Days ago, hip-hop rapper Lil Pump endorsed Trump on Instagram, stating that he didn’t care for the tax plan of Joe Biden. Rapper 50 Cent also made similar remarks before retracting his Trump endorsement after backlash from leftist Hollywood.

Joe Biden will absolutely do this https://t.co/drVnHegZ5x

President Trump warns that should Biden get elected, Americans will be stuck with higher taxes, unsafe communities, and a shut-down economy. Biden is on the record stating that he’d lock down the country again; he’s also dismissed professionals like Dr. Scott Atlas who oppose lockdowns.
In addition to raising taxes and shutting down the economy, the former vice president has openly declared that he will mandate face masks and require Americans to receive the controversial coronavirus vaccine.
Do you believe that Joe Biden will lose the 2020 presidential election? Let us know down below in the comments section.