Defunding the police is one of the latest, leftist crusades in the United States; Black Lives Matter activists have taken to the streets in various parts of the nation to call for this. In addition to chanting for the deaths of officers, BLM is now fully on board with defunding the police.
Thus far, left-wingers who want to defund the police have managed to get various leftist mayors on board with them. The few Democrat mayors who outrightly declined calls to defund the police, such as Minneapolis Mayor Jacob Frey, have faced public shaming. 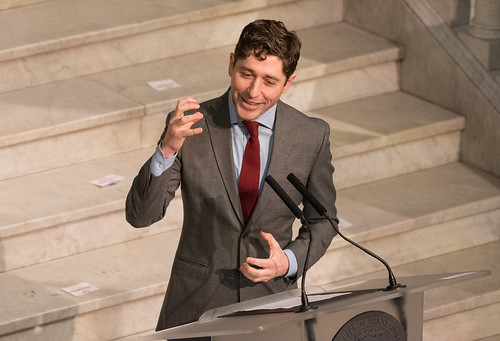 Amid calls to defund the police, many Americans turned to the Biden campaign to learn about how the former vice president feels about this crusade.
While Biden initially declined to support defunding the police, he has now shifted gears, confirms Fox News.

The Biden Endorsement to Defund the Police

On Wednesday, the former vice president stated that police funding should “absolutely” be redirected to other places; this is the literal definition of defunding the police.
After endorsing a reduction in funding from police, Biden also called to turn prison into a ” rehabilitation system” rather than a system of “punishment.”

The former vice president has also expressed an interest in “diversifying” the racial demographics of police departments across the nation. Biden believes that communities will have an easier time with trusting members of law enforcement if police racially resemble the communities they serve.
Calls to defund the police have prompted certain law enforcement officers to walk off the job. Dubbed as the “blue flu,” officers in Atlanta, Georgia, Louisville, Kentucky, and other areas across the nation have walked off the job or turned in their badges; as morale amongst police is down, many officers are deciding that the job is just not worth it anymore.

Will Biden Defund His Own Security Detail?

While the former vice president is in favor of defunding the police, he has not stated that he will defund his own security detail.
Republicans and conservatives in America have strongly pushed back against calls to defund law enforcement. Folks who oppose defunding the police regularly point out that such measures would endanger the most vulnerable and embolden criminals.

Other conservatives maintain that Democrats who favor defunding the police should first begin with their own security details; however, there is no indication that Biden has any plans of doing this.
What do you think about Joe Biden’s support for defunding the police? Let us know in the comments section below!