The presidential debates of the 2020 election cycle have been a matter of contention even prior to their inception.

Before the first presidential debate in September, Democrats pleaded with Biden not to debate Trump. The left, of course, would never candidly admit that they believe debating Trump will make Biden look back; no, instead, Democrats professed that Biden shouldn’t “legitimize” Trump or waste his time with a discussion. 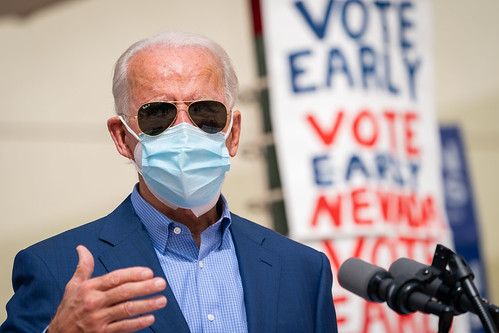 The cancellation of what would have been the second presidential debate has subsequently caused the debate commission to face a fury of censure, as documented by Breitbart News.

The Truth About the Cancelled Second Presidential Debate

Cancelling the second contest between Trump and Biden doesn’t reflect well on the debate commission at all. The situation might be slightly better for them had Democrats not been screaming from the rooftops for the debates to be cancelled, only for the Commission on Presidential Debates to oblige by nixing October 15th.

Now, Republicans are letting the Commission on Presidential Debates have it. According to Republican National Committee chairwoman Ronna Romney McDaniel, the debate commission is “corrupt” and ultimately in Biden’s pocket.

Joe Biden is lying about his agenda to get elected.

He would absolutely eliminate fracking and pack the Supreme Court. pic.twitter.com/DA3bNnoRNh

McDaniel also held the debate commission account for failing to speak with either presidential candidate before terminating the second contest. The fact that none of the Democrats or Republicans within the Commission on Presidential Debates supports Trump also isn’t a great look. The room for bias is far from scarce here.

President Trump has repeatedly warned that forces and special interests on the side of Joe Biden will attempt to rig the 2020 presidential election. Many conservatives see the latest conduct of the debate commission as a prime example.

President @realDonaldTrump: Because of amazing therapeutics and American innovation, I feel 100% better pic.twitter.com/YHkLMEzAbc

Thus far, President Trump has received the all-clear to participate in public events. Likewise, doctors confirm that Trump is not contagious for spreading coronavirus. In light of this, the Trump campaign is pushing to re-schedule the second presidential debate; however, the debate commission has yet to honor this request.

What do you think about the criticism towards the Commission on Presidential Debates? Are they in Joe Biden’s pocket? Let us know what you think about all this in the comments section below!