Over the course of this month alone, different businesses across the nation have faced and suffered the wrath of individuals associated with the Black Lives Matter movement.
From looting to setting establishments on literal fire, multiple businesses have been put out of work and faced harm due to the conduct of violent demonstrators. Others who haven’t met this fate have had Black Lives Matter enter their establishment and cause verbal disturbances. 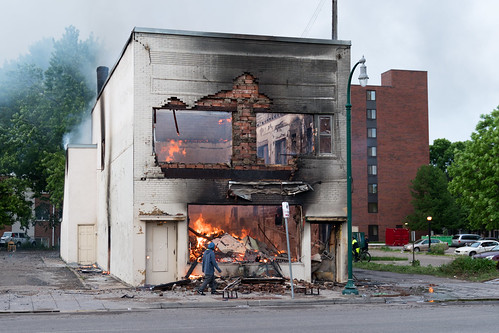 To this very date, the left has yet to come out and condemn the actions of those who are looting, burning, and threatening businesses. In fact, several Democrat leaders are referring to these acts as “peaceful protests.”
Now, yet another business has faced threats and intimidation from Black Lives Matter. A Target facility based in Washington D.C. was descended upon and subsequently threatened by Black Lives Matter agitators, reports Breitbart News.

What to Know About the Situation that Transpired

On Friday, Black Lives Matter demonstrators entered Target with their ringleader carrying a bullhorn in tow. During this time, Black Lives Matter stated that they will “continue to shut [Target’s] business down” until Target ceases interactions with law enforcement.

BLM to @Target “we will shut your buisness down” pic.twitter.com/jwP9jW5EjF

The group also alleged that black Americans “in the neighborhood” are being put in danger by police. It’s important to note that Black Lives Matter threatened Target as customers were in the building. Furthermore, the group alleged that Target cares more about “money over people.”

Where Were the D.C. Police?

Threatening to shut down Target if they ever call law enforcement has raised some eyebrows. Moreover, it’s left Americans questioning how Black Lives Matter is able to do this and get away with it.

BLM will shut them down

Another subject of intrigue for people across the nation is the absence of police presence during this time. On Friday, D.C. police officers did not stop Black Lives Matter from entering Target and threatening the business. Some Americans, however, have stated that Black Lives Matter’s threats are tantamount to inciting terror and extortion.
Nonetheless, there is no word on whether individuals who engaged in this behavior will face legal consequences. However, behavior of this nature has only increased criticism towards Black Lives Matter and heightened social divides.
What do you think about Black Lives Matter threatening to shut down Target unless they sever ties with law enforcement? Let us know down below in the comments section.