There was a time where Fox News maintained pretty strong support from conservatives. Folks on the right viewed this outlet as a relief from the networks like CNN, NBC News, ABC News, etc., which no longer even pretend to be nonbiased or objective.
However, over the course of 2020, conservatives’ opinions of Fox News have begun to wither. The network’s decision to employ individuals like Donna Brazile and Chris Wallace has certainly played a role in this. The Chris Wallace factor truly blew up in Fox News’ face earlier this year when he moderated the first presidential debate. 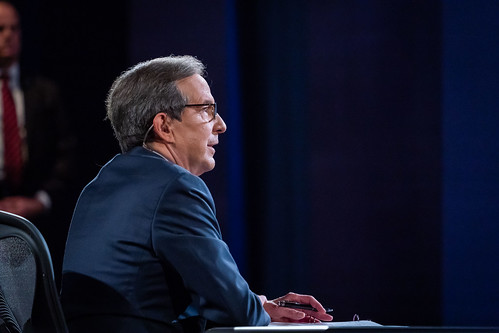 However, the outlet appears to have really done themselves in last week. First, they rushed to declare that Biden won the state of Arizona; to this day, vote counts in the Grand Canyon State remain underway and the Arizona GOP actually called for Fox News to retract the aforementioned declaration.
If prematurely calling a state for Biden wasn’t bad enough, Fox News has since suspended the popular program of Judge Jeanine Pirro in light of her defense of Trump, confirms Newsmax.

Fox News’ refusal to air Pirro’s show yesterday ultimately boiled down to two elements: A) her defense of the 45th president and B) Pirro’s plans to speak out about voter fraud.
Now, Americans — from both sides of the aisle — should want to know about voter fraud in the country; however, apparently, Fox News doesn’t agree. Furthermore, the network jumped on the media bandwagon and called the 2020 presidential election for Joe Biden even as vote counts and litigation remain underway.

Tucker Carlson, Sean Hannity, Laura Ingraham, and Judge Jeanine Pirro are great but I think they should leave Fox and move to a better network. They deserve much better.

Instead of giving Pirro her slot to speak, Fox News chose to broadcast the speech Biden gave last night where he accepted the media’s declaration that he won the race.
Thus far, Fox News appears to have suspended Pirro’s show for the entirety of this weekend. The network has not issued a statement on when viewers can expect to see her again.

A Boycott of Fox News?

Between Chris Wallace, the premature decision to call Arizona for Biden, and now the suspension of Jeanine Pirro’s show, conservatives are fed up.

It was part of an operation to steal a Presidential election.

Numerous right-wingers took to social media and urged Americans to follow Newsmax, One America News Network, and Trending Politics, rather than Fox News. It’s also quite safe to say that conservatives have tossed Fox News into the bin with other establishment and fake news outlets.
What do you think about the decisions that Fox News has made as of late? Will you continue supporting them or consider other outlets? Let us know in the comments section below!