Conservative censorship is an issue that right-leaning Americans have pointed out for years now.
Republicans, Trump supporters, and others maintain that their presence on social media is often filtered out, demonetized, shadowbanned, or otherwise penalized. Some Americans speculate that such measures of censorship are ultimately ploys to hurt President Trump politically and stop him from winning re-election. 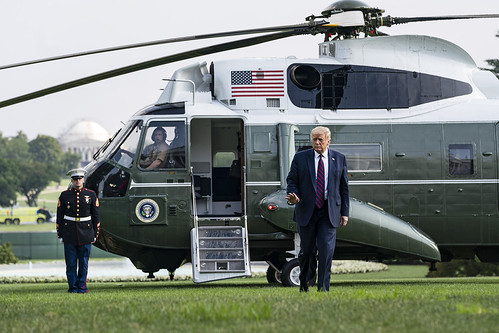 As the 2020 presidential election continues to play out, reports of conservatives facing censorship on the internet are not going away.
In fact, conservative news site Breitbart News is accusing Google of intentionally censoring conservatives’ free speech by blacklisting right-wing websites, reports Washington Examiner.

The Latest about Online Conservative Censorship

On Tuesday, Alex Marlow, the editor-in-chief for Breitbart News, joined Fox News host Tucker Carlson for an interview.
During his segment, Marlow slammed Google, Twitter, and Facebook for “controlling” free speech in the United States. The Breitbart editor-in-chief furthermore cited the virtual scrubbing of America’s Frontline Doctors and their comments on hydroxychloroquine’s effectiveness against COVID-19 as examples of said control.

"This is not a small thing. Google has a monopoly. It's allowed by Congress, by the shills who allowed this, @SenMikeLee among others. Who really should be ashamed of themselves." 6/ pic.twitter.com/iEIjfpAtdZ

When further addressing conservative censorship, Marlow stated that regulating the 2020 presidential election is the root of it all. This came before Marlow noting that Breitbart and other Republican news sites are largely filtered out when people search for phrases about Biden and the election.
Finally, the Breitbart editor-in-chief told Carlson and his viewers that Google has essentially axed the conservative website’s search traffic, Google traffic, and search results.

A Push for Change

Many conservative pundits have called on Republicans in Congress to act. Last night, first son Donald Trump Jr. stated that while some GOP members in Washington are aware of conservative censorship, many others are not.
Trump Jr. then professed that Republican lawmakers will have to “wake up” and take action to end purposeful political censorship. The first son has remained vocal about censorship for years now; on multiple prior occasions, Trump Jr. has zinged Instagram for purposefully tanking his analytics or promoting negative hashtags regarding him or the president.

America is with you Tucker

"If I see another Republican officeholder backed by Google & the chamber of commerce lecture me that it's not really censorship because the government isn't doing it, just a monopoly that exists because of the government, I'm going to go bananas." 4/ pic.twitter.com/FIAZDAHYWm

Big tech platforms have previously pushed back against the notion that they are censoring conservatives; nevertheless, many Americans do not feel convinced. The across-the-board, virtual scrubbing of America’s Frontline Doctors has only renewed concerns about social media censorship, however.
What do you think about the concerns of Breitbart’s Alex Marlow and first son Donald Trump Jr.? Do GOP lawmakers have a duty to take action to end the censorship of conservatives? Let us know your thoughts in the comments section below!