Throughout this year’s presidential election, Democrat Joe Biden has taken heat for his manner of campaigning.

Over the past several months, the former vice president remained stashed away in his Delaware basement. Biden’s used the coronavirus as an excuse to do this while participating in interviews and other forms of campaigning via live streams. 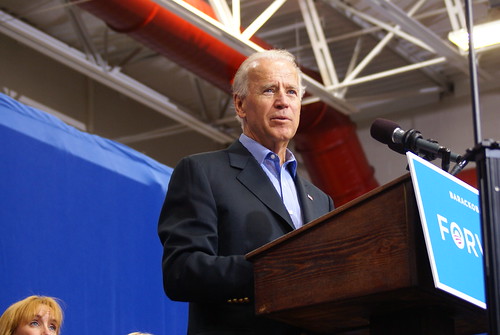 Some Americans have questioned how long Biden plans to stay hidden away. Although the former vice president has recently surfaced in the real world for certain select appearances, Biden is expected to conduct most of his campaign from the safety of his basement.

Of course, this is a strategy that Biden’s election campaign and many Democrats are all in favor of, according to Washington Examiner.

Why Democrats Want Biden in His Basement

In a nutshell, the political left, along with Biden’s allies, feel(s) that having the former vice president partake in an abundance of unfiltered interactions will hurt his candidacy.

Even during live streams, Biden has managed to make cringe-worthy remarks, such as claiming that African-Americans “ain’t black” if they support President Trump.

The fact is, Donald Trump left our nation unprepared and unprotected for the worst public health crisis of our lifetime — and we're paying the price every single day. pic.twitter.com/sZJCdivRo3

Biden’s in-person interactions with the media and voters have also not gone too well. Since the Biden campaign is seeking to brand 2020 as an opportunity to get Trump out of office, limiting the former vice president’s unfiltered interactions is being marketed as the best play.

In a nutshell, the less unscripted, off-the-cuff, and uncensored interactions Biden has with the media or reporters, the fewer opportunities he has to embarrass himself and make voters cringe.

When Will Biden Leave His Basement?

The former vice president cannot remain in his basement forever; although, his allies are working overtime to ensure he stays hidden as much as possible.

As matters currently stand, Biden will leave his basement for select appearances, such as the Democratic National Convention and three scheduled debates with President Trump.

Our planet can’t take four more years of Donald Trump. We have to get him out of the White House so we can start treating the climate crisis like the urgent threat it is.

Speaking of the three debates, the president’s re-election team recently sent a letter to the Commission on Presidential Debates; in this letter, Trump’s team requests for Biden’s commitment to debate in-person, rather than via the internet.

Ultimately, some Americans believe that Biden’s strategy of remaining in his basement will backfire. Unlike Democrats, conservatives note the importance of unfiltered interactions; after all, the leader of the free world has never run the nation from their basement.

What do you think of Biden’s strategy to hide in his basement, only leaving when absolutely necessary? Will this approach help the former vice president or backfire? Let us know what you think in the comments section below!