At this point, the 2020 general election is virtually guaranteed to come down to Trump vs. Biden.

While the president has already won enough delegates to secure the Republican nomination, Biden is well on his way to becoming the Democrat nominee; what’s more is that Biden maintains a significant delegate lead over last remaining rival Bernie Sanders. Therefore, it’s almost mathematically impossible for Sanders to pass Biden in his number of delegates. 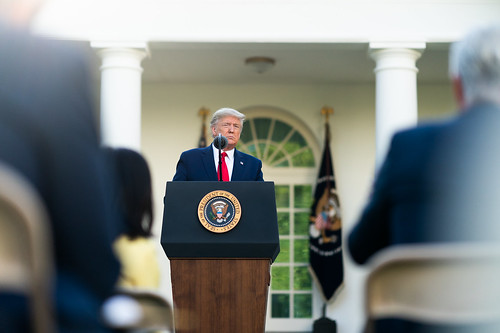 In light of the aforementioned details, Joe Biden is more than eager to debate President Trump…or so he claims, notes Washington Examiner. Americans have watched the former vice president stumble through his words, confuses names, people, cities, etc., hence the skepticism about Biden’s ability to hold his own against the president.

Biden on the Idea of Debating President Trump

For quite some time, the former vice president has gaffed, stammered, and stuttered his way through the 2020 primary. Now, it appears as though Biden plans to bluff his way through this year’s general election. In yet another sad ploy to regain attention in the wake of COVID-19, Biden told radio host Enrique Santos that he’s up to debate the president whenever the latter sees fit.

Interestingly enough though, Biden cited Skype and Zoom as the venues which he’s willing to debate Trump through. Talking to a screen is much different than having a real, in-person debate with someone and the former vice president knows this.

At a time when Americans might need health care the most, the Trump Administration is preventing people who need insurance from getting it. Their cruelty truly knows no bounds. pic.twitter.com/PelIrNxBNQ

After repeatedly embarrassing himself on the campaign trail, Biden is eager to regain the confidence of Democrat voters without having his presidential run completely overshadowed by coronavirus.

When Will Trump and Biden Debate?

At this time, the first general election debate is scheduled to commence on September 29, 2020 at the University of Notre Dame. Only time will tell whether or not COVID-19 causes changes to the date, location, or means in which the debate is hosted. 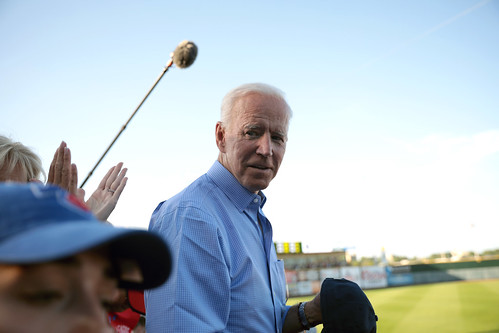 However, regardless of how or when Trump and Biden spar with one another, the general consensus is that the former vice president won’t know what hit him by the time Trump finishes.

Are you looking forward to President Trump and Joe Biden debating one another as part of the general election? Let us know in the comments section below!