For decades, Texas has remained a strong conservative state, especially in presidential elections.

However, 2020 has led to attempts to change this, at least from Joe Biden’s campaign. The Democrat nominee and his campaign team have repeatedly suggested that they have a shot at winning the Lone Star State during this election season. Meanwhile, the Trump re-election campaign maintains confidence that the president will prevail in the conservative stronghold. 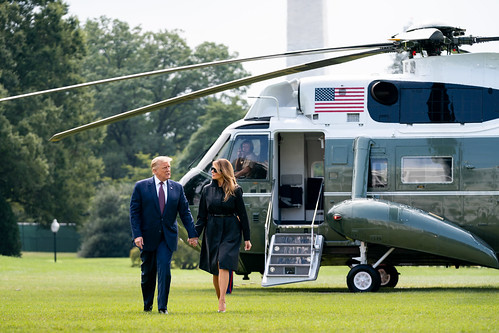 Later this week, Ivanka Trump, daughter of President Trump, will visit Texas to campaign for her father’s re-election; however, reports from Breitbart News also show that Joe Biden is also increasing his amount of Texas staffers.

A Closer Look at Biden’s Work to Win Texas

The Biden campaign has hired various Texas Democrats to fill positions as advisers, political directors, organizing directors, communications associates, and more. Many of the staffers who are joining the former vice president’s campaign have also worked for other top Democrats, such as failed presidential candidate Hillary Clinton.

I'm guessing this does not apply to Tara Reade. pic.twitter.com/JiuSVaO7U3

Aside from hiring more staffers to aid his Texas campaign, the former vice president has yet to present a true plan to win over the Lone Star State. When assessing the policies of Biden’s campaign and Trump’s campaign, the latter’s policies are more aligned with the conservative values that many Texans subscribe to.

Biden’s work to boost his standing in the Lone Star State arrives as multiple polls show Trump in the lead.

As the former vice president’s handlers work to win Texas, political pundits are weighing in on precisely what it would take to flip Texas blue.

Thus far, various political pundits have speculated that surging support from Latino voters would be necessary for Biden to win the Lone Star State. Meanwhile, polls show that President Trump has actually gained support from the Latino community, following the Republican National Convention.

We need to act on climate. Now.

Talk about Biden winning Texas arrives after the former vice president disappeared from the public eye this weekend. Political pundits weighed in on this as well, stating that the Democrat nominee isn’t helping himself out. Biden’s shaky means of campaigning also arrive as the first presidential debate gets closer and closer.

What do you think about Biden’s work to win Texas in the 2020 presidential election? Does the former vice president stand a chance? Be sure to let us know your thoughts down below in the comments section.