For months now, conservatives and other critics of coronavirus shutdowns cautioned against a cure that is worse than the disease. Unfortunately, many Americans chose not to listen.
The intentionally-driven fear and hysteria over a virus that is more than 94% survivable across the board won out; now, the World Health Organization (WHO) has recently changed its tune on lockdowns, admitting that they bring about serious harm and shouldn’t be employed as ongoing measures to mitigate COVID-19. 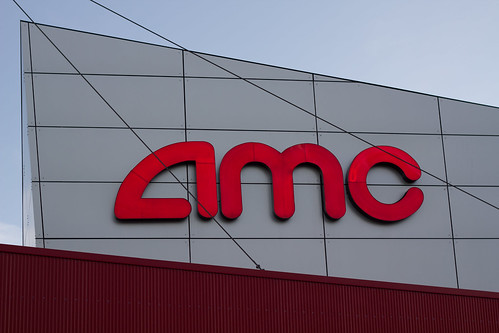 Many businesses, both big and small, are hurting right now as a result of shutdowns (and other factors that will soon become apparent). Right now, the giant movie cinema chain AMC is in for some pretty rough times ahead, according to Washington Examiner.

The Future of AMC Theaters

At this time, AMC cinemas are in quite a bind. The movie cinema chain reported via regulatory paperwork that it expects to be completely out of funds by the time 2020 wraps up or by the early start of next year.
Additional information confirms that since shutting down in March and later reopening in August, AMC has struggled big time. Since reopening, the movie chains have seen significant drops in customers from this time in 2019. The drops range from between 74% to 85%.

No matter your choice, use your voice. Find your state’s voting information at https://t.co/I7xSuwxoxR or text VOTER to 26797 #vote2020 #searchlightpictures pic.twitter.com/xJxnQR7Fji

Put simply, Americans just aren’t going to the movies anymore; however, there are additional factors that have played a role in AMC’s impending demise.
In order to sustain themselves beyond the end of 2020, AMC theaters are looking at additional debt, more stock, and rent negotiations.

When discussing the financial plight of AMC cinemas (and even other movie chains like Regal, which closed earlier this month), it is remiss not to mention the factor of face masks.
When AMC first announced its reopening in August, the movie chain stated that face masks would not be required. However, after backlash from folks who believe that any and everyone should be forced to wear a mask whether they like it or not, AMC reversed course, stating that customers would be required to wear face masks.

No way am I going to sit in the cinema for two hours with a mask on. I'll use the mask when buying ticket or getting food but not while I'm sitting and doing social distance. AMC needs to remove face mask while watching the film or I'm canceling my A stubs membership

This resulted in many Americans taking to social media, stating that they wouldn’t go to the theaters if they had to wear masks. There’s no doubt that mask requirements have impacted AMC theaters and alienated certain customers. The cinema chain has tried to increase sales by lowering prices, but clearly, this strategy is not working.
The issue of whether or not to wear a face mask is very emotional, controversial, and even political. Now, the decision to require customers to wear face masks is hitting the bottom line of businesses like AMC theaters and Regal cinemas.
What do you think lies ahead for AMC movie theaters? Do you believe requiring face masks hurt the company’s struggling bottom line? Let us know in the comments section below.